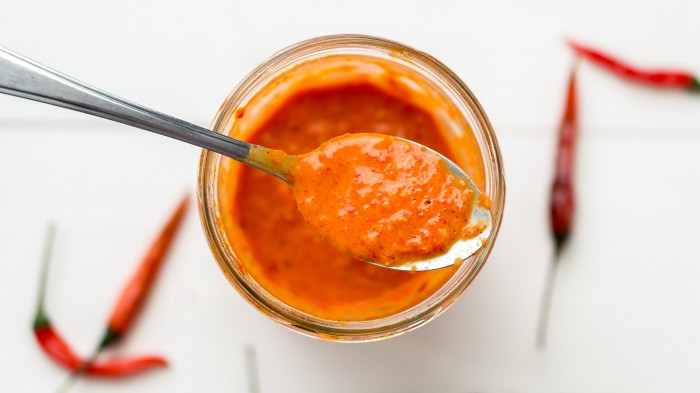 Piri Piri sauce or Peri Peri as some like to say, is a very popular Portuguese red chilli marinade, usually found in Portuguese restaurants with grilled chicken, pork, veal, or seafood.

We used to be obsessed with this small Portuguese restaurant in Montreal, it wasn’t in the most popular neighbourhood but they had established a reputation for their juicy and tasty grilled meats.

So it wasn’t until we had tried a new Portuguese restaurant, that it occurred to me that I will try to make my own marinade. See they had this jar of sauce on the tables along with ketchup, mayo, salt & pepper. Well let me tell you that after trying this Piri Piri dipping sauce you will not need any other condiment. Its so good Rastacook poured it over his entire plate! We probably used up most of their jar.

After a couple of fiery tests, I finally came up with a balance between acidity, sweetness, and just the right amount of heat. I love this easy sauce because it goes with any type of meat or seafood, and it makes a tasty dipping sauce. I usually reserve a generous bowl of the sauce before I dump my meat and let it marinate.

I've updated this recipe so that it has fewer ingredients. It is also more spicy so if you can not tolerate heat then I would suggest putting 8 chillies, or less. I had put 12 chillies and my mouth had a nice burn.

You can make the sauce in advance and keep in an airtight container. It will keep in the refrigerator for up to a month.

You can use jarred roasted peppers if you are short on time.

Place all of the ingredients in a blender or using a hand blender, blend to a smooth consistency.

Keep the sauce in a glass jar and allow the flavours to mingle before using. I usually like leaving it for 4 hours or overnight before using. 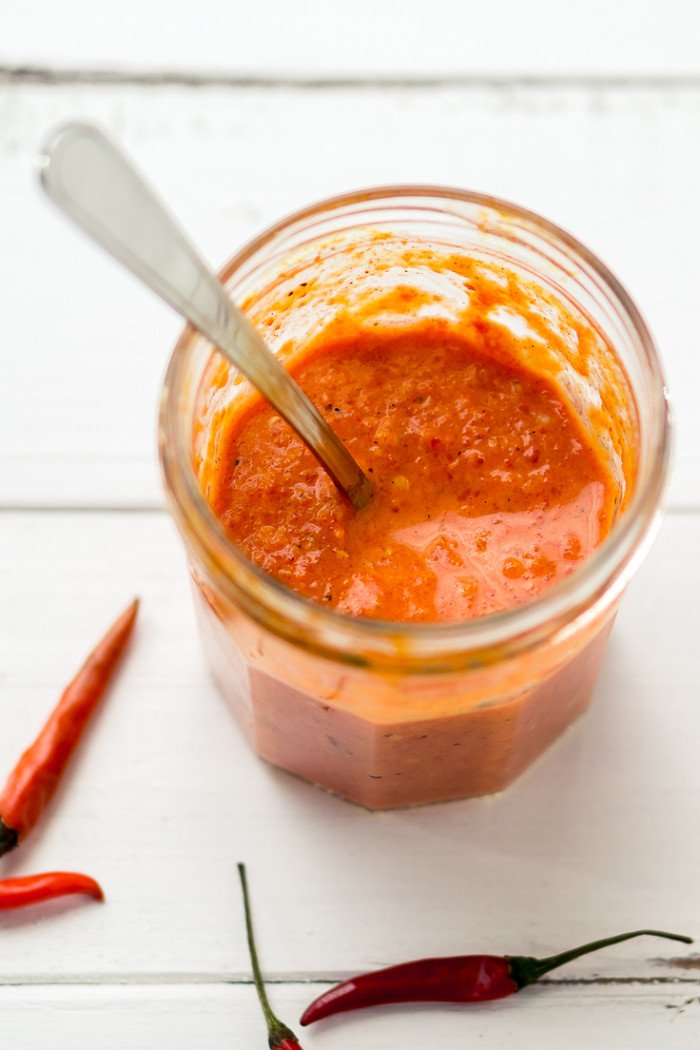 Above picture is the new updated recipe and picture, the other pic is from 2012, one of my very first post.