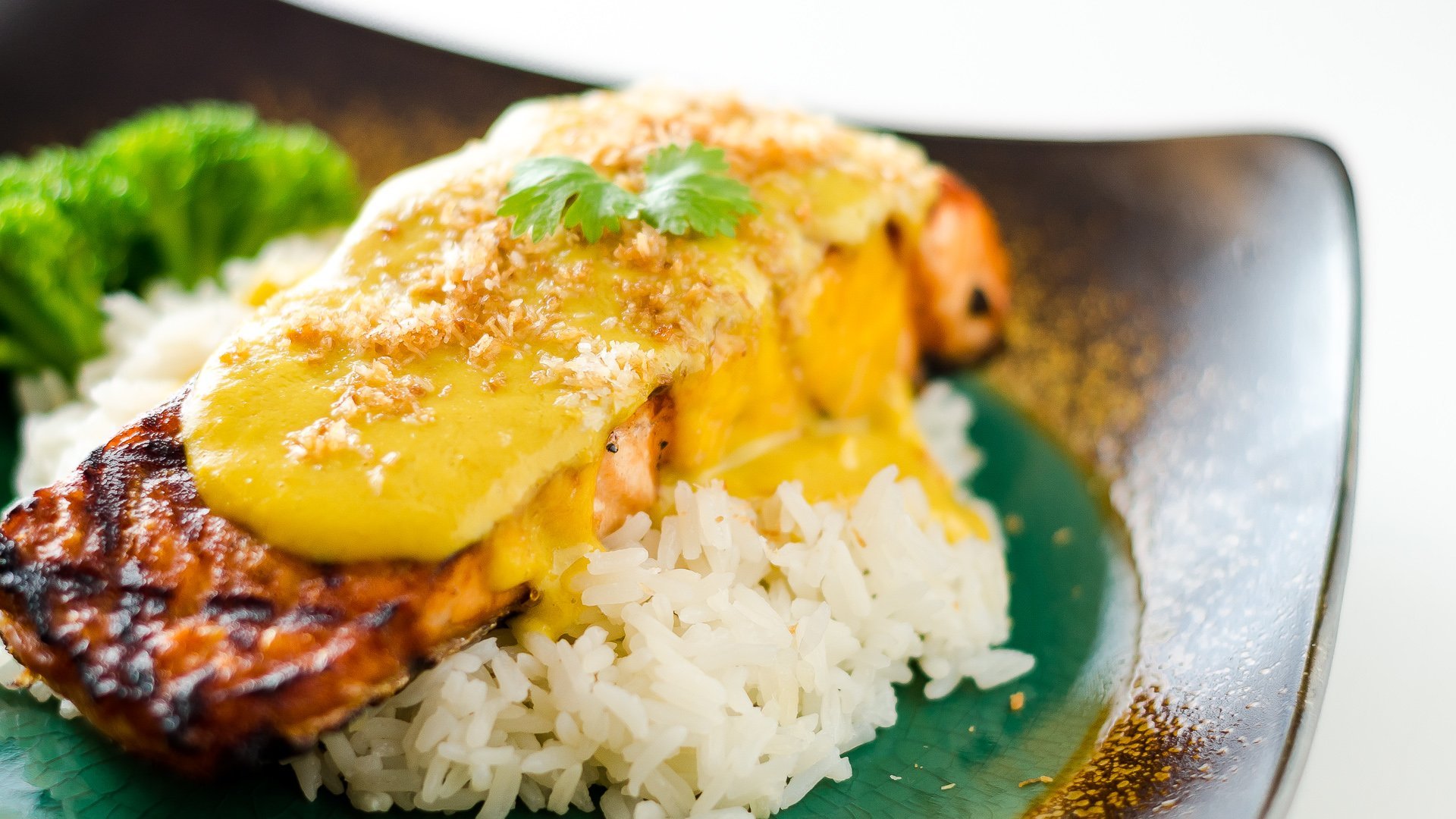 Now, I’m not a big fan of sweet sauces with my proteins, but this is a Rastacook approved recipe so that’s a big deal. We were at a Brazilian restaurant and Rastacook ordered salmon with coconut and mango sauce, it was risky because he doesn’t like fish very much and hardly eats it. So when he got his dish, his eyes grew larger and started to salivate, to his surprise (and mine) he LOVED it! see one thing you have to know about him is he is a tough critic, sort of like Gordon Ramsey without the yelling and cursing, so when he says its “good” take it as a “it’s delicious Charlene!” Rastacook is not very expressive. That’s just who he is.

I prefer to grill the salmon on the BBQ so it doesn't smell of oil and fish in the house, but if you don't have an outdoor grill, just cook it in a pan or in the oven.

Make the sauce: In a blender put the diced mango, lemon juice and 1/2 can of coconut milk in a blender. Puree until smooth. Pour it in a saucepan and bring to a gently boil. Remove from heat.

Season the salmon with salt and pepper on both sides, brush with some extra virgin olive oil. Place the fillets on the grill with the skin side down on the grills. Cook on medium heat for 5-6 minutes per side depending on the thickness of the salmon fillets. Remove from grill and put spoonfuls of the mango and coconut sauce. Sprinkle with toasted coconut. Serve on a bed of rice.