It’s been a little over three years now that I have jumped on the K-drama bandwagon, let me just warn you, if you haven’t watched any yet. You’ve been warned. It’s a slippery slope! Any way, I have seen these pogo look-a-likes in many of the dramas, and have been dying to try some. I never thought they would actually have them here in Montreal.

Chung Chun has opened it’s second location in Quebec, and it just happens to be in Laval. A short drive away from where I live. If you are unfamiliar with what it is, it’s very similar to your classic corn dogs, and Pogo’s, but they use rice flour as the batter instead of the corn or flour batter. By using rice flour he dough is softer, but has a nice chewy-ness to it. Which if you know me I like all things mochi like consistency.

Chung Chun’s grand opening was on a cold rainy day, so I was a bit surprised to see about 50 people lining up. I arrived 2 hours after they opened, and they were doing a special, $2.99 each 2 dogs per person. Luckily, I convinced Mr. Picky to come so I can try more flavors. The regular price range from $3.99-$6.99.

My mind was set on ordering the hot dog with the chicken nuggets, but unfortunately they were sold out. So our 4 choices were; mozzarella cheese hotdog, Volcano (spicy) dog, Cheddar cheese dog, and Gamsung (potato) dog.

Making only 4 choices out of the 14 was pretty difficult, especially when you have a indecisive, picky eater next to you. The task suddenly becomes a bit stressful. To top it off there are also 8 sauces and 5 seasonings to choose from. Adding sugar on top is highly recommended, but we didn’t feel like it, maybe next time.

Mozzarella cheese dog: First half is mozzarella cheese, and then hotdog. We asked for sweet chili sauce & spicy sauce. The sweet chili sauce is the Thai ones you buy at the Asian supermarket. The big bottle used for dipping imperial rolls. I’m honestly not a huge fan of that sauce, I though it was a homemade gochujang type sauce. But the cheese pull! You get a good amount of cheese, doesn’t even matter what the sauce taste like. I would definitely get just the mozzarella cheese without the dog next time. You just can’t go wrong with a giant mozzarella stick.

Volcano spicy sausage dog: with BBQ, sweet mayo sauce. The regular price of this was actually $6.99 along with the chicken nugget dog which are the most expensive on the menu. The dog inside is much bigger than a regular hot dog, with tiny pieces of jalapenos and cheese in it. I topped it with BBQ and sweet mayo thinking that it would be pretty spicy, but it is very very mild. I would even call it spicy, but the sausage was still very tasty. Next time I would order something else to try next time just because it is pretty filling and there was a part on the dough that was still raw inside.

Cheddar cheese dog: kept it classic and put ketchup and mustard on it. This one tasted very similar to a pogo, but maybe because of the sauce. The cheese reminded me of Cheese Whiz. This one out of the four would come in 4th place. It’s not bad, but the other 3 are better.

Gamsung dog: Coated in potato. Spicy mayo, and BBQ sauce. This one comes 1st place for me. It’s for very good reason that it is the most popular one. You are eating fries and corn dog at the same time in every bite. What’s not to love?

You should definitely go and try these Korean style rice dog’s at Chung Chun, They’ve got 2 locations. Prices are very reasonable, I already know what I’ll get the next time! It’s the chicken nugget one that I missed out on, the ramen dog, and the mozzarella dog. 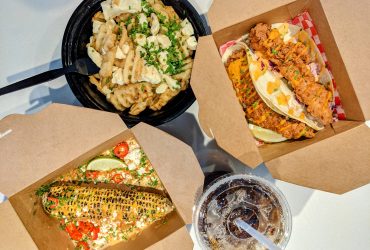 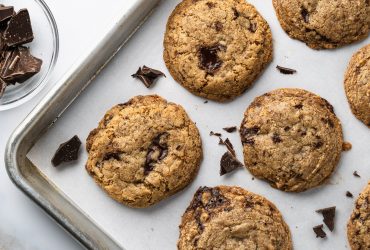