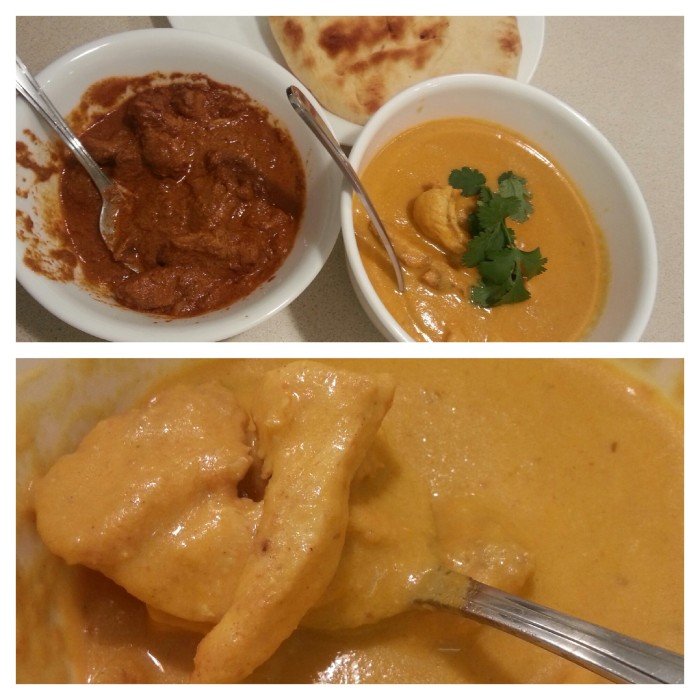 I spent Saturday testing out two butter chicken recipes, I have been craving it ever since I had the butter chicken poutine on poutine week, and I was not quite satisfied. I found that it was lacking a bit of spice or butter or cream or just missing the sauce, my fries were sad and dry. I had preferred the pulled pork poutine, and the Mexican poutine compared to their “featured butter chicken poutine.” Sorry Poutine Centrale.

Okay getting back to the recipes. The first recipe I tried was one that I had seen on Pinterest, it was a slow cooker recipe, and it looked really delicious. I found it okay, but it tasted more like a madras curry than butter chicken. It called for 2 TBSP of graham masala which I think is too much spice (not that I don’t like spice, just not in my butter chicken.) Butter chicken in my opinion has a very mild taste it is not suppose to have too strong of curry flavors, and is not suppose to be spicy. It should be very silky in texture, with a buttery creamy flavor, and a hint of sweetness. So….since that didn’t hit the spot I had to try another recipe. This time I went on Youtube and checked out the most popular recipe. Now I will warn you in advance the guy in this video can get you a bit confused, because when you read the ingredients in the info box and watch the video there are some discrepancies. Besides that, its a pretty good recipe and I will be making it again!